Skip to content
By JWMay 15, 2021Music Production Quick TipsLeave a Comment on Hip Hop Production – Fattening up a Kick With Serum

I’ve been pretty into hip hop lately. It seems to me that good hip hop is some of the most innovative, creative music out there right now. The latest Run the Jewels album is testament to that. El-P’s production on that recording combined with his and Killer Mike’s vocals should make it a contender for album of the year.

El-P in particular is a producer that I’ve followed for a while now. From his work with Cannibal Ox and Company Flow, his solo recordings and now with Run the Jewels, he’s been making some of the most interesting music in the hip hop genre in my opinion.

Listening to El-P’s music made me want to try to learn some of what he was doing. His style is hard-hitting, percussively rhythmic, raw and dirty. It all starts with the drums.

Trying to create slamming drums that are huge and groove hard from scratch is not the easiest thing to do, but I think I’m picking up a few tricks.

In the video above I’m attempting to fatten up a kick drum in a beat that I was working on.

I often start beats by loading a kit into my DAW and programming it with the Akai MPD218, but this time I started the beat by taking a drum sample, splitting it up at the transients to lay out the placement of the rhythm of the kick, snare and hats, then laid samples over top to do a poor man’s drum replacement.

Once I had that all laid out I exported the kick drum down to a mix, so that I could re-import it as one single audio file rather than the chopped up bits.

With the newly imported kick I was able to drag it into the groove quantize area of Studio One, which generated a midi track for me that I then dragged into an instrument track into my session.

Once I had the kick in midi format I was able to put Serum on the instrument track and build a sub kick with it to reinforce my kick drum in my beat, giving it a bit more oomph.

I captured the process in the video above. The video clips a little, I need to figure out why it’s doing that, but I think it captured the steps pretty well. Hopefully it helps you if you’re trying to figure out how to do the same. 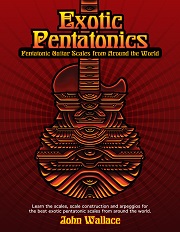